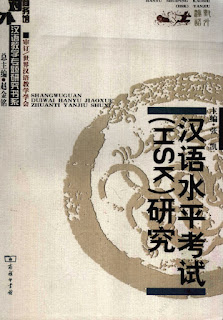 This book selected the article is nearly ten years of scientific research, the content relates to the theoretical basis of HSK, design principles, as well as it uses the technology. In the late 1970s, the modern language test began to appear in China, the first appearance of the foreign TOEFL, then, China has come up with their own standardized English test - the English Proficiency Test (EPT). In the mid-1980s, we began to design and develop Chinese Proficiency Test (HSK). HSK has gone through 20 years of ups and downs, she is probably the longest standardized test in Chinese history. In 2005, the number of HSK candidates reached 250,000 (half of them were Chinese ethnic minorities), indicating that HSK is already a large-scale standardized test. At this time we compiled this book, can also be seen as HSK to do a summary of the stage.
Publisher: Unknown (1991)
ISBN-10: 7100049547
ISBN-13: 978-7100049542