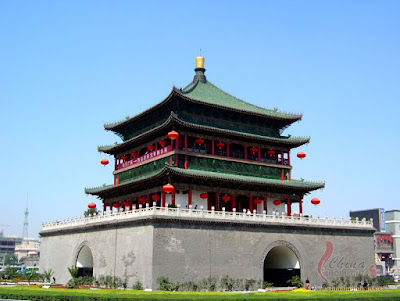 Xi'an ([ɕí.án]; Chinese: 西安), formerly romanized as Sian, is the capital of Shaanxi province, located in the northwest of China, in the center of the Guanzhong Plain.[3] One of the oldest cities in China, the city was known as Chang'an before the Ming dynasty. Xi'an is the oldest of the Four Great Ancient Capitals of China, having held the position under several of the most important dynasties in Chinese history, including Zhou, Qin, Han, Sui, and Tang. Xi'an is the starting point of the Silk Road and home to the Terracotta Army of Emperor Qin Shi Huang.

Since the 1990s, as part of the economic revival of interior China especially for the central and northwest regions, the city of Xi'an has re-emerged as an important cultural, industrial and educational centre of the central-northwest region, with facilities for research and development, national security and China's space exploration program. Xi'an currently holds sub-provincial status, administering 9 districts and 4 counties. As of 2014 Xi'an has a population of 8,627,500 and the Xi'an-Xianyang metropolitan area has a population of 13,569,700. It is the most populous city in Northwest China, as well as one of the three most populous cities in Western China. According to a July 2012 report by the Economist Intelligence Unit, it was recently named as one of the 13 emerging megacities, or megalopolises, in China. The report pinpoints and highlights the demographic and income trends that are shaping these cities' development.