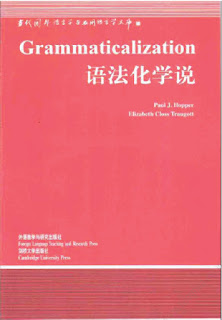 "Contemporary Linguistics and Applied Linguistics library abroad," the first 54 kinds since the advent of September 2000, was a great success, the first printing of 5,000 sets of demand, in October 6000 he reprinted separately. Can such a grand scale publishing linguistics book in just a few months, this issue of the history of academic publishing in our country is rare. Since publication, many units and individuals competed to purchase, graduate students and university students to "Library" as a mentor, teacher, whether we bring together used the "Library" as a source of knowledge updating. Practice has proved that, FLTRP launched the "library" has been widely praised domestic linguistics and foreign language teaching, it will become a treasure trove of promoting teaching and research of linguistics and foreign language teaching and research.
In the successful publication of "library" on the basis of the first batch of 54 kinds FLTRP now launched the "library," the second batch of 58 kinds. "Library" second batch has five characteristics: First, the 58 original English composition, covered subjects from 26 to 33 the first of now, the new disciplines including linguistics, history, philosophy of language, cognitive language science, anthropological linguistics, the origin of language, grammar chemical say, able to meet the needs of a wider audience; Second, income Masters contemporary linguistics Saussure, Sapir, Bloomfield, Halliday, Chomsky The most influential wound Austin, Grice, Leach and other masters of a higher authority; third, increase the linguistic classics at Oxford University Press, Harvard University Press, the world-renowned publishing house; Fourth , still with a specialist REVIEW, team of experts is more powerful than the first; five world-renowned linguist Noam Chomsky and professor famous linguist Professor Shen Jiaxuan preface.
The "Library" is a large, open series, it Teaching and Research on Chinese and Foreign Language Teaching and Research play a positive role in promoting. In the future, FLTRP will continue to introduce, for the latest foreign, the most influential works of linguistics and applied linguistics work and dedication to the readers.
Download
Copy the password