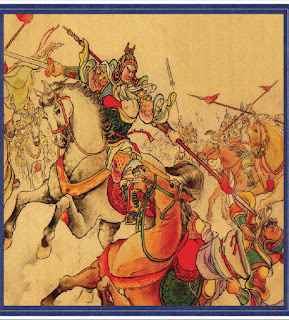 Fifties, since Mao Zedong advocated for the majority of the workers of art service, forcing the artists to give up art, into comic creation among the various classical novels, history, legends and other traditional culture to the masses, because at that time for this work is the top-class artists, creating a comic unparalleled peak in addition to those living to the late eighties and nineties painter almost all leaders on Chinese painting, which shows the artist in the work of the strength was unusual.
After the eighties and nineties, people often mentioned the need to hit the comic brilliance, but things have changed, and now in comic book artist strength has shrunk, in order to restore its past glory was not possible, so comic that period has become extinct, but the wonderful work of Chinese art history.
From the influence, the comics of this period does play a role in the popularity of historical and cultural knowledge, to enhance the culture of the people at that time played a role can not be underestimated.
Download
Copy the password