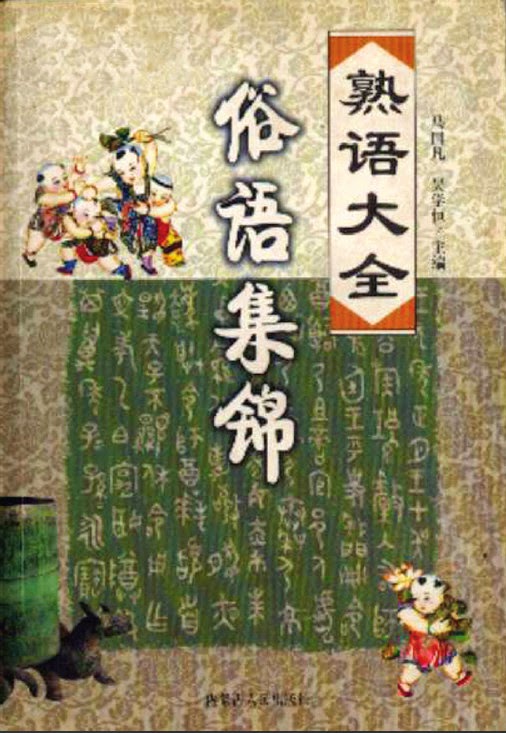 Saying is created by the masses, and widely circulated among the masses, popular and concise statement structure is relatively stereotyped, it is the language in the form of people loved, concise, profound meaning, unpretentious, can show a variety of ways of the world vividly. Saying also called "slang" "vulgar language", with ethnic, regional and vitality. Saying the "vulgar", as opposed to "elegant" terms. Non-"Ya" meaning there are two aspects: first, the language that it is easy to understand, is spoken of; Second, use that it spread in the community, is a mass.
Saying also a styling statement. This has two meanings: First, each saying has a certain fixed meaning (one or more); one refers to a certain form of language structure, or the structure of several similar. Both mutual contact, complement each other, mutual restraint. Saying occupies an important position in Chinese, it is the number of multi-use widely. With the development of society, the new thing
Material emerging, saying it continues to introduce new, continuous generation of new slang, therefore, collect, study saying there is a meaningful thing.
Learning saying, not only acquire knowledge, but also can increase the appeal of the language, make the language more vivid, humorous, increase the flexibility of dealing with people and show the unique charm.
Download
Copy the password