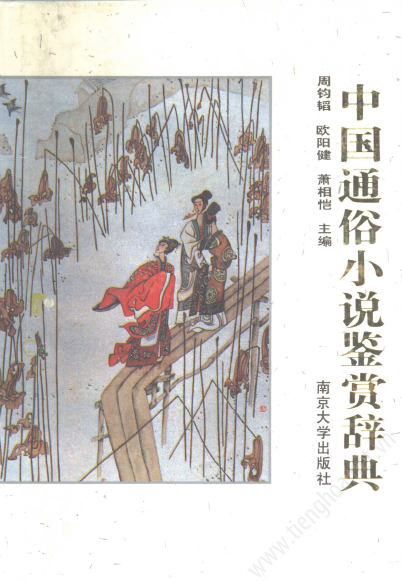 Tang 's book from the late Qing Dynasty more than a thousand popular vernacular novels , featuring nearly three hundred department for appreciation assessment, not only encompasses the entire ancient essence of popular fiction , but a lot of tolerance has some understanding of the value and aesthetic value of two or three work flow , the larger research community to break through the range of currently explored .
The book did not contain the original novel. If necessary, in appreciation, discretionary Comment text fragments cited particularly exciting to see the original style.
Each text can appreciate a separate chapter . Appreciation Comments sought to reflect the latest research results , but also the author's own ideas. And advocates of views.