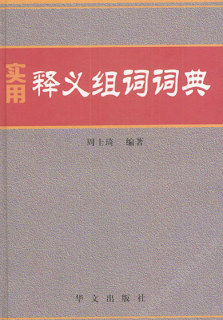 Content:
This dictionary is a Chinese word meaning to explain the meaning and word -based behavior when a new morpheme dictionary . Its specialty lies in the word that the composition according to the same morpheme morpheme meaning of the different columns and Syria respectively . For example , " collar" word has different meanings in various Words . When the collar talking about , such as tie, round neck , pointed collar ; When talking points , such as the program, the essentials ; while leading speak , as the leader , leader , guide, lead ; when , according to a talk , such as territory , field, territorial waters , possessive ; while receiving stresses , such as that experience , appreciate, thanks to the collar ; when speaking of understanding , such as understanding , taste ; speak when received , as the reward , adventure, claimed ; when leaders speak , as leaders, generals. After a detailed analysis of book editors study to determine the compound words in different morpheme righteousness, justice as the key link to the morpheme words related command , were cited , the reader can quickly grasp the meaning of different compound words .