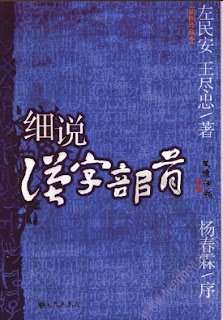 "Root cloud, the more common of a digital. Things Japanese fan, words become increasingly gain, but the non-physical character arising out of thin air, which can also be found in words, there must be the reason you want to borrow. Because as a result of borrowing, ie as root. "so, research the root, radical. For study and research philology helpful.

This book is a "small learning Chinese characters," the companion piece, book captured the 320 common words one by one to be radical to explain. When explaining the ministries listed first word of the first Oracle, Jin, Seal and block letters, allowing readers to form the word radical evolution glance. Then, when explaining each of the radical meaning of the word and extended meaning, cited ancient poetry is positive, interesting. Again, every word radicals were cited "Dictionary" The Explanation and briefly demonstrate its right or wrong, Jie Yan's evidence. Finally, each of the radicals have described it from the word "Dictionary" to "Xinhua Dictionary" of evolution, in the appendix also added a "radical table" so that we have on the evolution of radical word more in-depth understanding.

This book is to improve the reader of a book of language training.
Download
Copy the password