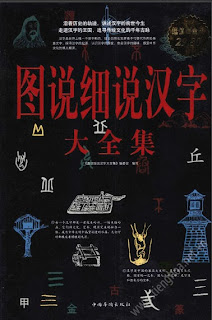 " Illustrated elaborate characters Roms ( Value Platinum Edition ) " Introduction: Character is the world's oldest and one of the most widely used text . The origin and development of Chinese characters , is closely related to the Chinese civilization. It is writing a history of the Chinese nation , carrying the splendid Chinese culture. It not only reflects our tradition, and can fully express emotion . " Illustrated elaborate characters Roms " as the key link to the radical , selected Chinese characters 1200 , traced the characters placed into the profound Chinese ancient culture background , combined with the specific content of ancient Chinese philosophy and ancient aspects of social life with fresh insights and a wealth of information profoundly discusses the cultural significance of Chinese characters and words in the " world of heaven and earth ." Each character has a separate chapter , with pictograms , means something , knowing, under the guise of , transfer note , Phonogram six books of scientific methods to explain its origins , involving shape, pronunciation, meaning , stories, legends , usage , etc., can be read starting from an arbitrary . Before we introduce each character has a specific list of the word Oracle, Jin , Xiao Zhuan , comes with 400 pieces of fine acting Jie Zi illustrations, vividly demonstrated the inherent relationship with each character glyph meaning of its development history, Chinese characters help readers strengthen the understanding and meaning of words and memories for all. " Illustrated elaborate characters Roms " strive to be informative , interesting and readable introduction to each of the characters , the reader judge the whole , more effective way to learn and master the other characters provide additional methods and ideas , is an understanding of China rare books desk essential cultural characters .

Pages Number: 423 Language: Chinese. Publisher: Chinese Overseas Publishing House Pub. Date: 2010 - 09-01. Character is the world s oldest and one of the most widely used text. Origin and development of Chinese characters. and is closely related to Chinese civilization. It is written in the history of the Chinese nation. bearing the splendid Chinese culture. It reflects both our tradition. but also fully express emotion. Great Complete Illustrated elaborate character of radical as the key link. select the commonly used 1200 Chinese characters. Tracing the source. the ancient Chinese characters placed in the profound cultural background with a combination of ancient Chinese philosophy and ancient aspects of the specific content of social life to fresh insights and a wealth of information discussed in depth the cultural significance of Chinese characters and words in the heaven and earth heaven and earth. Each character is a separate chapter. with pictographs. indicatives. knowing. under the guise of. transfer note. shape the sound according to six scientific explanation of its origins. involving shape. pronunciation. meaning. stories legends. usage. etc. can be read from any one from . We introduce each character in a specific enumeration of the words before they are Oracle. Jin. Xiao Zhuan. also has the role of the 400 pieces of exquisite Jiezi illustrations to show the image of the glyph for each character and the inherent relationship between meaning and its development process. helps the reader to fundamentally strengthen the Chinese characters and meaning of understanding and memory. Great Complete Illustrated elaborate character. strive for the introduction of each character has a knowledge. interest and readability. as readers learn by analogy. with less to learn and master many more characters to provide methods and ideas. is an understanding of China Chinese culture. essential desk rare books. Contents: A twenty five-seventy Ding hundred million to go down without teeth is not of this world are willing to have the east beam wire Lai Ge Cheng urgent matter on the Department of the Ministry of Ge Nortel in the history of a book rich non-de-dagger nine thousand River Health Department Joe on loss of Confucius and the skull Danzhu Ukraine List Yu. Department of Heavy Peel Dance. Department of State B B is also the Secretary for Cheng milk Kuei-learning two stone ten Hui Association Funeral straight Huafu people (income) of the person referred herd over this position in the Order will Si Department of life care poultry population Ren Ren Hou servant cutting off prisoners of invasion Shi Ru Paul cents for the body.
Download
Copy the password