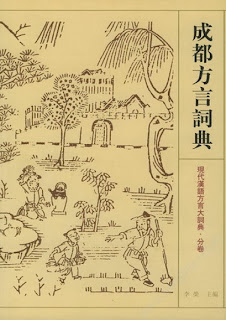 Dialect Dictionary subdivision requirements are two : First, prepare the conditions for a comprehensive Dialect Dictionary , the second is reflected dialect features.
Subdivision dialect dictionary is divided into three parts: the main body of the dictionary text, before introduction, indexing and semantic class after the first word stroke index entries .
Introduction generally include the following eight : a local history, geography and population . Two dialects within the geographical differences and age differences, the pronunciation dictionary full Zuoren dialect factions. Three dialects Syllable , Syllable continuous change . If there is a change between , it shows the change in format and function . Four words sound table that reflects the pronunciation Syllable structure mosaic tables. This table can be set by testing whether phonological thoughtful , there is nothing bad in the table arrangements sound . Old reading softly word and beyond the normal voice onomatopoeia outside the system , you can be accountable before the table is not included in the table. Note that the use of self into syllables . Ask a thin tone exterior spaces represent what is the meaning , pronunciation and meaning there is no access to the wording of the word all down. This is an effective collection method corpus . Can not write , the light would say the word is often spoken in common , can supplement the inadequacy of words and words in the investigation . Five dialects in pronunciation, grammar various characteristics. Features of the dialect is different from other dialects , especially near the dialect is different from the Department . Six legend , illustrate the dictionary out of , phonetic interpretation methods , the size difference between the word , the use of symbols , and so on. Seven common words in the dictionary sentence comment . Eight syllables .
Press the pronunciation dictionary text arranged in the dialect vowels , consonants, tone of order . For ease of reference , the text after the two indexes. Index broadly defined classes based on " Dialect vocabulary " classification and order.
Download
Copy the password