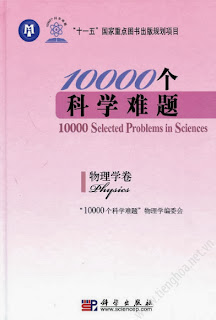 Pub Date: 2009 05 Pages: 836 Language: Chinese in Publisher: Science Press 10000 scientific challenges (the physics volume) (fine) 10.000 scientific challenges series. and physics. . This volume is written authored by our excellent work in the first line of the study of physics experts. The problem of collecting both basic theoretical physics subdiscipline has not yet resolved the problem. but also a broad consensus has not yet been included in the academic. there are some controver.Generally,Ship out in 2 business day, and provider Tracking number after the shipment.