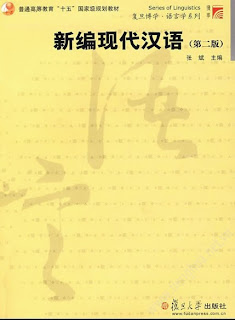 Book in order to promote the standardization of language learning and research and fit in with the needs of modern Chinese for the purpose of learning from the modern linguistic theory and methods, based on the modern Chinese voice, text, vocabulary, grammar and rhetoric of the system analysis and description. The book is large amount of information, knowledge, novel structure, and strive to reflect the latest achievements of Chinese Studies, with a distinctive and purposeful.
As a general higher education "fifteen" national planning materials, this book not only for the selection of colleges and universities offer courses in modern Chinese, but also for the study of modern Chinese provided with self-reference.

Language is mankind's most important communication tools, language accompanied by the generation of human generation, but also with the development of human and social development, and as such, the study of human language began very early. In language studies, people have long concerned issues related to language applications, such as language teaching (including second language teaching) theory and practice, letters and text creation and selection, establishment and orthographic norms, standards established language and norms, dictionary and thesaurus compilation, language and socio-cultural relations discussed so on. Study the problems of language application of knowledge is applied linguistics (Applied linguis-tics). Although the study of language origins earlier application problems, but as a discipline, "Applied Linguistics" formation is late. Applied Linguistics with relative theoretical linguistics (also called general linguistics or general linguistics) and specialized linguistic (or call ontology linguistics, such as modern Chinese, Ancient Chinese, Modern English, or modern Chinese grammar, modern Chinese lexicology, modern English phonetics, etc.). Early language study, these three studies are fused together, such as research a specific language, you need to linguistic theory, but also focus on specific language applications. With the historical comparative linguistics, especially the rise of structural linguistics and development, aims to study the general problem of different languages ​​theoretical linguistics (general linguistics or General Linguistics) rapidly. After the 19th century linguistic theory and applied research began to differentiate, such as language teaching historical problems with the prevailing language studies (historical comparative linguistics) has been separation. Late 19th century, in 1870 the Polish linguist Bodu En De Kurt proposed to differentiate within the "pure Linguistics" and "Applied Linguistics", first proposed "Applied Linguistics" is the term, but did not cause people to attention. Until the 1940s, the development of foreign language teaching, people began to attach importance to applied linguistics research. The United States is generally considered the birthplace of Applied Linguistics. Before and after World War II, as the military, science and technology, culture, education, tourism, and political, economic needs, the United States began to develop foreign language teaching (especially TESOL). 1946 University of Michigan English Language Institute was established to study how to teach English to foreigners.
Download
Copy the password