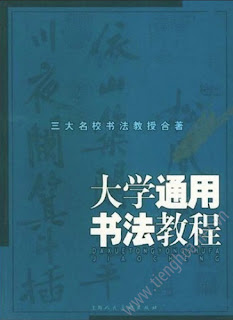 Since the 1990s, the art of calligraphy in China's development has entered the era of rapid mutation, professional writing and calligraphy art popularity has unexpected change may also have worried and puzzled confusion. On the one hand people practice calligraphy culture has become the most popular choice for the subjects, on the other hand is longer education and master the scientific knowledge more young intellectual elite level character writing is getting worse. Although there are several objective reasons (for example: information and knowledge density increases, the advent of computers and networks, etc.), the two groups can be demonstrated by the huge calligraphy contrast, make way for the new century, we train professionals questioned in the New Century when education a fraction quantify talent, China's outstanding traditional culture in the students' basic qualities and training in how many percentage of possession in the end, to be qualified personnel?

There are many answers to this topic, here defer table. The recent development in human intelligence have a new theory - multiple intelligences, in particular caught my attention. The theory that the brain has eight intelligences can be developed. The traditional education simply focus on language development and mathematical logic, intelligence and learning, waste and deny other smart development, so that students who lost many important potential best time and opportunity to develop, resulting in a considerable number of people who, though a good test scores, but later took to the community can not fit directly and solve problems independently. I think the young intellectual elite learn calligraphy, not only the essence of Chinese literati inheritance responsibility, but also develop their own multiple intelligences, the employment and the achievement of life goals required courses.
Download
Copy the password