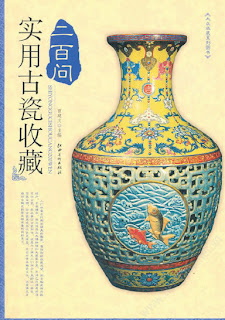 Chinese porcelain is one of our great invention, as early as in the Shang Dynasty, 3,000 years ago the Chinese potter in the pottery on the basis of long-term production of the original celadon, to the Eastern Han Dynasty two thousand years ago, the official produced a mature porcelain. On the basis of the development of celadon and white porcelain has created a black porcelain, ceramic glaze, glaze ceramics and a variety of color glazed porcelain and other species, until the mid-Qing Dynasty can say that most of the world porcelain used are from china, so the ancient Chinese nation in the world is worthy of porcelain. China produced a wide variety of three thousand years, a huge number of porcelain not only became important to the people living supplies, but also because of its content of high artistic value, technological value, historical value and economic value since ancient times become important collections.
Download
Click the button below to copy password